Information from various US national and state-level surveys report that around 9 million adult Americans – roughly the size of New Jersey’s population – identify as lesbian, gay, bisexual, or transgender (LGB appr. 8 million ie: 3.5% of the population) 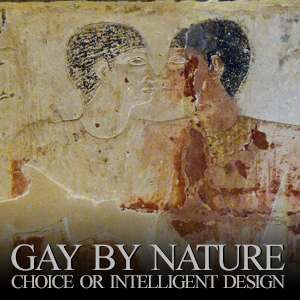 It is noted that some degree of same-sex sexual attraction was acknowledged by nearly 25.6 million (11% of the US population). The question continues to be hotly debated as to why some people are gay, with a (decreasing) number of ‘authoritative’ voices outside the gay community stubbornly insisting that it is a matter of personal choice. Certainly rare would be the individual who having lived in their gay skin with self-integrity through the past several decades of experiencing various degrees of persecution, nuanced discrimination and outright gay-bashing, could say that that having confronted the supposed ‘opt in’ moment they had wilfully ‘signed up’ for life membership in their same-sex orientation.

Biological Basis:
Whose Choice Is It Anyway?
Various studies since the early 1990’s have empirically demonstrated the connection between biology and sexual orientation which remains an ongoing subject of research. Although a universally accepted singular determinant of sexual orientation is yet to be conclusively demonstrated, scientists appear to agree that sexual orientation may be determined by a combination of elements that include social factors, brain structure, prenatal hormones and genetics (particularly vis-à-vis early uterine environment). While a specific ‘gay gene’ has thus far eluded scientists, the most recent research (W Rice, U Friberg, The Quarterly Review of Biology, December 2012) provides a good foundation for understanding why or how homosexuality can come to run in families by shining the light on Epigenetics - the process whereby external factors in the environment (in this case the womb itself) influence DNA expression causing genes to switch on or off. Referring to their discovery as "sexually antagonistic" epi-marks, Rice and Friberg note that "These things have evolved because they're good for the parents, but they sometimes, not [with] high frequency, but sometimes carry over" to the next generation from mother to son or father to daughter, causing homosexuality in opposite-sex offspring. 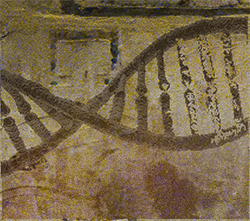 This could also explain why although twin studies have generally failed to identify any ‘gay gene/s’, they have found homosexuality to run in families (ie heritable), where, in sets of identical twins, if one twin identifies as homosexual, there's a 2 in 10 chance of the other twin being gay as well - it has been suggested that these odds would have been higher had the determinant been some specific genetic change.

Evidence of Biological ‘Hard-wiring’
Other studies have found distinct physiological differences including very significantly in the brain, genitalia, etc, between homosexuals and heterosexuals demonstrating the correlation between physiology and sexual orientation. For example, with respect to the brain, gay men, on average, have equally proportioned brain hemispheres with the hypothalamus having larger VIP SCN nucleus than heterosexual men whose right brain hemisphere also tends to be slightly larger than the left.

The average size of the INAH-3 in the brains of gay men is significantly smaller, with more densely packed cells than in heterosexuals. Gay and straight men's brains show differing responses to fluoxetine (selective serotonin reuptake inhibitor), as well as to the putative sex pheromone AND, which is found in male armpit secretions. Also, in gay men the amygdala is more active upon exposure to sexually arousing material than in straight men.

Praying for the Cure: What for?
Although this is not the current view held by the vast majority of people, there are some groups in the United States, predominantly Christian groups, who regard homosexuality as an illness for which they offer so-called gay conversion or gay reparative therapy (typically prayer and/or counselling) which they insist can "cure the gay", ie make someone change their sexual orientation. The claim of the National Association for Research and Therapy of Homosexuality, is that gays suffer from: “childhood trauma; shaming in their families of origin; chronic unmet needs for love and affection by their same-sex parent”.
Indeed, homosexuality was removed from the list of defined psychiatric disorders in the Diagnostic and Statistical Manual of Mental Disorders (DSM), in 1973, with organisations including the American Psychological Association (APA) issuing clear statements asserting: "Homosexuality is not a mental disorder and the APA opposes all portrayals of lesbian, gay and bisexual people as mentally ill and in need of treatment due to their sexual orientation." Based on their review of 83 studies concerning gay cures, the APA has determined that there is little to no evidence to support the effectiveness of gay conversion therapy in changing one's sexual orientation. In fact any little semblance of ‘success’ was limited to convincing: (a) bisexual individuals to limit choice of sexual partners to those of the opposite sex; (b) homosexuals to remain celibate; (c) gays and lesbians to try and shoehorn themselves into heterosexual relationships, whilst however still retaining their homosexuality.
In a famous case involving Exodus International, a major conversion programme, the two male founders who admitted that the programme was "ineffective… not one person was healed", subsequently fell in love and chose to live happily ever after in civil union. Furthermore, both the American Psychiatric Association and the (US) National Association of Social Workers have come out emphatically against gay reparative therapy calling it unethical and stating that practitioners thereof risk losing their license or being censured. The APA, whose study also found that therapy aimed at changing an individual's sexual orientation could induce depression and suicidal tendencies, voted overwhelmingly to repudiate reparative therapy in 2009.

Primal Instinct
Whether science will ever identify any specific gene/s or additional biological factors on which the causality for sexual orientation could definitively be pinned, the simple truth is that homosexuality (and bisexuality), as we know from research into history and pre-history, has existed throughout the world, commonly practised at all times in history, and in almost all if not all cultures, including ancient Roman and Greek societies, Asian, African and Native American cultures.
While it is the contention of some religious and other homophobic groups that homosexuality being a modern phenomenon symptomatic of the moral decline of contemporary society, is therefore a chosen orientation, historical evidence points to the opposite being true. It is an acknowledged fact, for instance that the majority of men in both ancient Rome and Greece at least occasionally engaged in homosexual activity, with a fair number of consummated marriages in these civilisations being homosexual. Long before any pejorative labels were invented in the modern era - persecution of homosexuality has a fairly recent history -homosexuality was not just tolerated, but considered natural, accepted as normal and even celebrated in the arts, and cultural spheres, or deemed honourable (as with the Samurai). 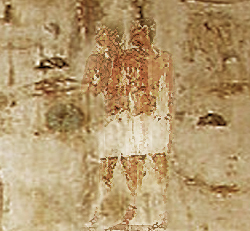 For the societies of antiquity gender did not feature as the preeminent or some ‘preordained’ determining factor of the ‘appropriateness’ of love or matrimonial relationships.
In recent times, various studies have shown that absent cultural taboos, a large proportion of men quite commonly engage in a degree of bisexual activity or in “homosexuality of convenience”, especially in circumstances where there is a lack of available female partners (eg among prison populations, in remote all-male job sites).

It has also been reported that most men, whether or not they would ever admit it, will at some point in their lives, experience what is known as ‘homoerotic feelings’ towards other males – a significantly high (though not really surprising) 60% of American men evidently will have experienced this by the age of 49. So whereas homosexuality as we define and understand it today is clearly a very natural and primal instinct where the only real choice/s in the matter would appear to be whether, when, to what extent and with whom one chooses to act upon this instinct, the more pertinent question has to do with why some men are naturally inclined, i.e., ‘hard wired’, to be sexually attracted primarily to other men. As noted above, science has thus far provided a number of biology based grounds to explain how such hard wiring may get ‘naturally selected’ (in other words by ‘intelligent design’), and with respect to epigenetics, during foetal development in the mother’s womb, as a result of the triggering of an inbuilt protective mechanism (epi-marks) that is beneficial to the mother and which carries over to the son. So should we then infer that it’s a choice mom makes because it’s good for her? (It would be interesting to see how psychiatrists would deal with this line of reasoning in apportioning causality).

Vibrational Coherence
This leads to the issue of understanding the deeper ‘mechanics of attraction’ that fuels an exclusive same-sex orientation, which may simply be explained in terms of fundamental energetics and vibrations. Since we are vibrational beings having a physical experience in a universe where everything is vibration- and frequency-based, such that the element or attribute that differentiates all beings and things from one another is essentially each one’s specific individual vibrational frequency and amplitude, it basically comes down to understanding that one can only be attracted to frequencies that are compatible or in harmony with one’s own resonant frequency (the individual’s personal vibrational signature). Thus if a person has come into this world with a ‘hard wired’ resonant frequency – a default vibratory setting influenced / determined during foetal development by the workings of Mother Nature - that is harmonised with the male energy vibration, they will naturally feel the strongest pull towards the male energy which will be in coherence with their own energy making them feel internally more coherent and complete (“it feels right”).
However you still have the option to exercise your free will in determining how to respond to your hardwiring. You may choose to remain neutral by being consciously accepting of it without acting upon physical impulses, or fully embrace your orientation to the achievable logical conclusion, or even decide to make a shift to some preferred alternative vibrational state. The pertinent question to ask of yourself is whether the existing vibrational state is truly representative of your optimal equilibrium state of being: wherein you experience inner coherence that comes with the overall emotional, physical and spiritual alignment of living your physical reality experience in a state of grace and self-integrity that allows you to repel negativity inducing influences so that all your energy centres are constantly accumulating positive self-empowering energy.
If however your orientation defines or contributes to an equilibrium state that keeps you anchored in negativity and self-perpetuating negativity-generating influences, which serves to keep you feeling emotionally out of coherence and spiritually off-kilter, leaving your energy centres depleted or completely drained off, it may be a good time to consider recalibrating your vibration by shifting to a different preferred vibratory state of being which is a truer reflection of your spiritual or soul energy.

From an Astrological Perspective
Although vedic astrology offers the basis for considering certain probabilistic significations, at this time, there is insufficient readily available evidence at hand that may be used to advance a statistically significant and empirically credible predictive analysis. On a higher spiritual level, our souls are also only pure energy and have no gender as such. Hence soul connections happen mainly on an energetic level. Souls may choose to take on one particular gender or another in physical form, so as to be able to have a particular experience in physical reality, in order to further progress in their evolutionary learning process or for other reasons. Thus it may so happen that soul mates re-connect with each other in different physical lifetimes either as same-sex or opposite-sex partners.